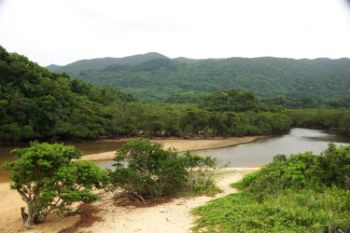 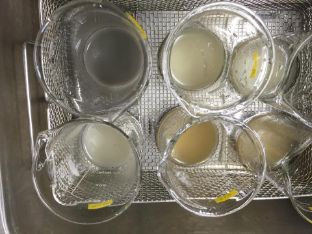 We have been working on Asian mangroves (currently Japan and Thailand) since 2013 in cooperation with scientists of different backgrounds such as Ecosystem Ecology, Environmental Ecology, Hydrology, and Isotope Geochemistry.

Soil organic carbon (SOC)
Despite the recognized organic carbon (OC) sequestration potential of mangrove forests, the ongoing climate change and anthropogenic disturbances pose a great threat to these ecosystems. However, we currently lack the ability to mechanically understand and predict the consequences of such impacts, primarily because mechanisms underlying OC stabilization in these ecosystems remain elusive. Research into OC stabilization has focused on terrestrial soils and marine sediments for decades, overlooking the vegetated coastal ecosystems including mangroves. We aim to unravel the mechanisms how mangrove OC can persist for a long term.

Dissolved organic/inorganic carbon (DOC/DIC)
Another important aspect of mangroves is their high rate of material export to the adjacent coastal ecosystem. The outwelling of mangrove-derived materials to the ocean depend heavily on the geomorphology and hydrology of mangroves. We have developed a hydrologic model that can quantify whole-ecosystem scale material exchange between the mangrove forest and the adjacent coastal water in the Fukido Mangrove forest, Okinawa, Japan. The outwelling of dissolved C alone from the mangrove forest greatly exceeded the leaf litter production, implying other major carbon sources such as belowground production and terrestrial inputs. 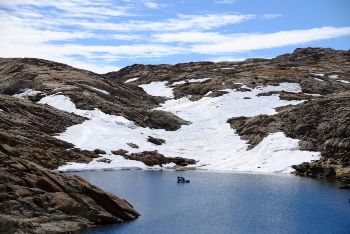 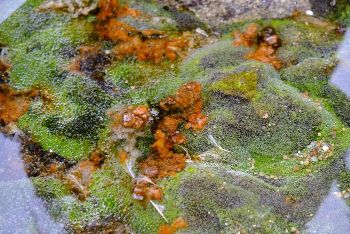 We’re studying the fundamental driver of the DOM concentration and composition in lakes and streams on Sôya Coast (Lützow-Holm Bay, East Dronning Maud Land, East Antarctica). On Sôya Coast, hundreds of lakes exist with astonishingly diverse water chemistry, separated by impermeable bedrocks. For instance, electrical conductivity varies from almost zero to seven times that of seawater, and dissolved organic carbon concentration from < 0.5 mg/L to 150 mg/L. As there are no vascular plants present, DOM is originated dominantly from in-situ biological activity. This provides an excellent natural experimental field to study processes responsible for microbial-derived DOM transformations because the simplicity of the organic matter sources and lack of anthropogenic influences and hydrologic connections limit the number of influencing factors.

This work was initiated at the 58th Japanese Antarctic Research Expedition (JARE58) in collaboration with the Bioscience Group of National Institute of Polar Research in Japan. Molecular-level analysis of the Antarctic DOM samples by FT-ICR MS was conducted as a post-doctoral work of Morimaru in Thorsten Dittmar’s ICBM-MPI Bridging Group for Marine Geochemistry, University of Oldenburg in Germany.

Future work:
Molecular-level analysis of the ~50 lake DOM composition by FT-ICR-MS.
Studying the biotic and abiotic controls in the pedogenesis of Antarctic soils.

by Ayuri Ohira and Yuki Konishi 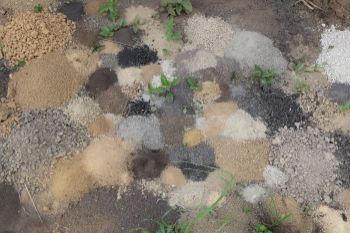 Mineral-associated organic matter (MAOM) is the most abundant and refractory fraction of soil organic matter. Using ~1500 in-house soil archives collected from all over Japan (from Hokkaido to Okinawa), we seek to identify fundamental drivers of abundance and composition of MAOM.

by Ayuri Ohira
Coming soon…
In cooperation with Yasuhiko Yamaguchi and Yusuke Okazaki.

by Morimaru Kida
Coming soon…
In cooperation with Hirohiko Nagano and Rota Wagai and his group members.